The Future of Flame Retardants 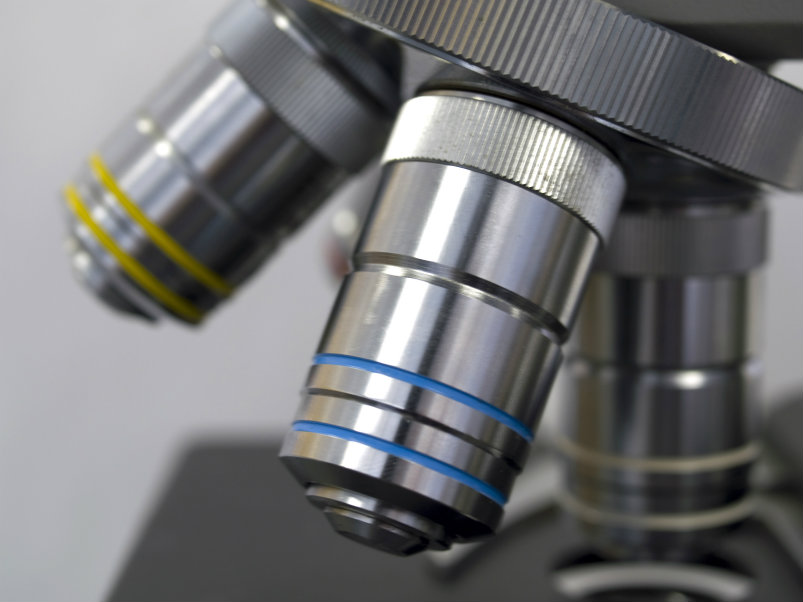 Two engineering students at George Mason University have found a way to use sound waves to quash fires and have built a type of extinguisher using what they have learned that they hope will revolutionize fire fighting technology. Viet Tran a computer engineering major and Seth Robertson, an electrical engineering major, chose to investigate the possibility of using sound to put out fires as a senior research project and now believe they have found something that might really work.

Prior research has shown that sound waves can impact fires, and other researchers, such as those working for DARPA a couple of years ago, even investigated the possibility of using sound to put out fires, but thus far, no sound based extinguishers have been built and sold as a means to stop fires. The research by the duo at GMU might change that.

As the two students told members of the press, they started with the simple idea that sound waves are also mechanical or pressure waves (due to the back and forth motion of the medium in which they pass through), which can cause an impact on objects. In this case, on the material that is burning and the oxygen around it—if the two are separated by such waves, they reasoned, the fire would have to go out. They took the trial-and error approach, aiming speakers at small fires and sending out different types of sound at different frequencies. Ultra-high frequencies did not have much impact, they noted, so they tried going low—in the 30 to 60 Hertz range, and found that it did indeed cause fires to go out.

Encouraged, they took the idea further by building a portable device capable of focusing the pressure waves directly at a fire. In essence, it is composed of an amplifier, a power source and a collimator made out of cardboard tube (for focusing the waves). The result is a reasonably small fire extinguisher that works without the use of water or chemicals. Their initial impulse was to use the extinguisher for small fires in the kitchen, but now believe it may have a far wider use.

Researchers in Italy have demonstrated that caseins—proteins found in milk that are a by-product of cheese production—may be another alternative to flame retardants.

Some types of flame retardants, such as organophosphate esters, get their fire-blocking properties from their high phosphorus content. When they burn, a polymer layer of phosphoric acid forms and creates a char that blocks heat transfer to unburned areas of the material, slowing the spread of the fire. Jenny Alongi of the Polytechnic University of Turin and her colleagues decided to investigate a family of proteins called caseins as alternative flame retardants because they contain a large number of phosphate groups. Caseins are found in the whey that’s a by-product of cheese production, so in countries that produce a lot of cheese, such as Italy and France, the proteins are cheap and abundant, Alongi says.

The team coated three materials—cotton, polyester, and a blend of 65% polyester and 35% cotton—with the proteins by soaking the fabrics in distilled water mixed with casein powder. The researchers then submitted the samples to a battery of flammability tests. The results were encouraging: In cotton- and polyester-only fabrics treated with caseins, flames extinguished themselves, leaving 86% of the cotton and 77% of the polyester unburned. The cotton-polyester blend burned completely but took 60% more time to do so than the untreated material.

The flame-retardant properties of caseins also compared well to those of ammonium polyphosphate (APP), a flame retardant used for flame proofing polyolefins and polyurethanes. The caseins effectively form a char layer on the fabric samples and don't produce toxic fumes during combustion.

Before caseins can be used as flame retardants, researchers need to work out many issues, such as preventing the proteins from washing off materials. The team is now testing light-curable resins and molecules such as urea that could bond the casein molecules to the surface of the fabric, Alongi says. Another problem is that materials treated with caseins smell rancid. Alongi and her colleagues are looking for ways to remove the molecules associated with casein that produce the odor.

The caseins performed well compared to current flame retardants, says Jacob de Boer, an analytical chemist at VU University Amsterdam, who has investigated the impact of organophosphorus flame retardants on the environment. He hopes the team pursues the research further.

What sounds like fixings for a wizard’s potion—a dash of clay, a dab of fiber from crab shells, and a dollop of DNA—actually are the ingredients of promising green fire retardants invented by researchers at the National Institute of Standards and Technology (NIST).

Applied to polyurethane foam, the bio-based coatings greatly reduced the flammability of the common furniture padding after it was exposed to an open flame. Peak and average rates of heat release—two key indicators of the magnitude of a fire hazard—were reduced by 48 percent and 77 percent, respectively, the NIST team reports in the journal Green Materials.

“This is the biggest reduction in flammability that we have achieved to date,” says team leader Rick Davis. The all-natural coatings outperform other promising experimental fire-retardants that the NIST researchers have devised with their layer-by-layer assembly method. But Davis says the bio-based coatings must be applied more generously, in stacks of about 20 layers as compared with six or seven layers.

The new coatings use negatively charged DNA molecules to link two positively charged materials known to enhance fire resistance: montmorillonite, a type of soft clay that forms tiny crystals, and chitosan, a fiber derived from the shells of shrimp, lobsters and other crustaceans. For its part, DNA, which was obtained from herring sperm, may also confer added protection because it bubbles and swells when heated, protecting the material beneath.

The team tested four different combinations of the three ingredients. In each combination, clay, chitosan and DNA were ordered in a specific arrangement and then stacked 20 to 30 layers high. Of the four, the best candidate for a bio-based fire retardant, according to the researchers, appears to be 10 repeating bilayers of chitosan overlain by a mixture of DNA and montmorillonite.

Besides providing the highest level of fire protection, the bilayer arrangement “is likely to be easier, faster, and less expensive to fabricate” than the other combinations, the team reports. However, this coating increased the weight of the foam by 16 percent. A lighter alternative, which provides only slightly less fire protection, is a coating that features five repeating four-layer stacks, each consisting of chitosan, DNA, and clay. This arrangement increases the foam’s weight by 5 percent.

With emerging scientific discovers such as these, the future of fire retardants in indeed bright. Since 1998, Turning Star has been committed to remaining on the cutting edge of the flame retardant industry by providing quality products and services to multiple industries. To learn more about Turning Star and how it can meet your company's specific flame retardant needs, visit www.Turningstar.com.