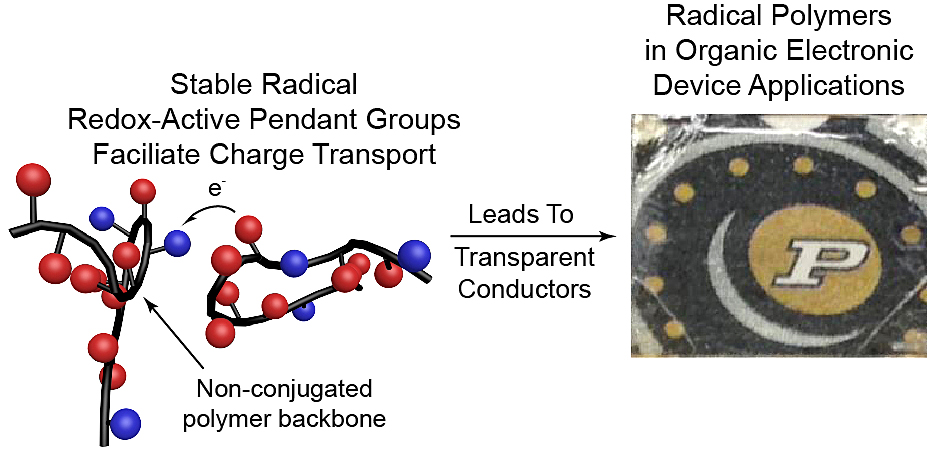 Researchers have established the solid-state electrical properties of one such polymer, called PTMA, which is about 10 times more electrically conductive than common semiconducting polymers.

"It’s a polymer glass that conducts charge, which seems like a contradiction because glasses are usually insulators," said Bryan Boudouris, an assistant professor of chemical engineering at Purdue University.

The polymer is easy to manufacture, resembling Plexiglas, an inexpensive transparent plastic found in numerous products. However, unlike Plexiglas it conducts electricity.

"We make billions of tons of plastic every year," Boudouris said. "So imagine if you could produce that same kind of material at that same scale but now it has electronic properties."

The PTMA is in a class of electrically active polymers that could bring inexpensive transparent solar cells; antistatic and antiglare coatings for cellphone displays; antistatic coverings for aircraft to protect against lightning strikes; flexible computer flash drives; and thermoelectric devices, which generate electricity from heat.